The WWE Live Holiday Tour stopped in Winnipeg on Sunday, December 20, one night after the return of Brock Lesnar in LA. We didn’t get to see Brock in Winnipeg, but we did see not one, not two, but three Championship matches. Here are the results:

Lilian Garcia and Byron Saxton hosted the event. Lillian was the ring announcer for the evening. Glad I got to see her live.

Match 1: The Miz vs Ryback

Ryback wins via pin fall after hitting Shell Shock. Ryback got a big reaction from the crowd. Miz is an amazing heel when he gets a chance to just let go and not be confined on television.

This was close to the same match they’ve been wrestling on TV lately, but it was still fun. Strowman is MASSIVE in person! This was my first time seeing the Dudley’s live, and I’m glad I got to take part in a “GET THE TABLES!” chant! The good guys won the match when Kane pinned Harper following a choke slam.

Owens is awesome when he gets a mic and is allowed to go off. These two beat the ever loving hell out of each other, but Ambrose pinned Owens following Dirty Deeds. Post-match, there was a great moment where a young girl (maybe 13 or 14), who was obviously a huge Ambrose fan, got to meet Ambrose as he was making the rounds following his win. Pre-match, Owens grabbed this fans’ sign and tore it to shreds. Ambrose stopped and hugged the girl and took a picture with her. She was SO happy, she broke down and started crying. Such an awesome moment for that fan!

Alberto Del Rio retains by pin fall after hitting to double foot stomp from the top rope with Swagger hanging from the top by his feet.

This match was a lot like their recent TV matches, but being in the second row ringside it was pretty awesome. There was some added brawling outside the ring, a lot of which took place right in front of me. Roman hit his drive by on our side of the ring, Sheamus did his ten clubbing forearms in front of us – it’s like our side of the ring would face the hard camera on a TV night. Reigns was hugely over in Winnipeg getting a big pop. Reigns retained after hitting Sheamus with a Superman punch and a Spear.

Post-match, Roman was walking around the ring taking pictures and giving high-fives, and I – wearing my Reigns “I Bring The Fight” t-shirt – got a fist-bump from the World Champion and my current favorite wrestler.

See below for my favorite shots from the event, and a video of Reigns’ entrance (sorry for the focus issues at the start). 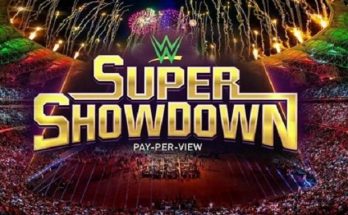 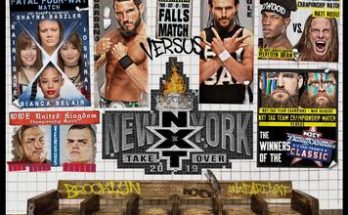 Who you got on your #SurvivorSeries team?